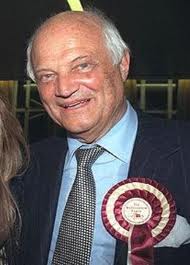 In 1997, Jimmy Goldsmith asked UKIP not to stand in the General Election against his Referendum Party. UKIP, he was told, did not support the idea of a referendum, and so the party stood.

Not so long ago, a constituent forwarded to me an e-mail he had received from the party leadership office rubbishing the idea of a call for a referendum. He had asked if he should support Nikki Sinclaire's petition calling for a referendum. He was, to say the least, surprised by this result.

Two UKIP MEPs told me that they had been instructed not to sign, although the party leader did sign it after it had been presented to 10 Downing Streeet. Better late than never, I suppose.


Today Mr Cameron has promised us a referendum, and guess what? I see one UKIP member boasting that this is their 'greatest achievement'.

Hypocrisy is not a rare commodity in politics, and the level of spin too often borders on downright lying.

I remember one politician telling the press that he remembered being on a flight from Strasbourg with Chris Huhne when it was apparent that the latter was in some trouble. He had to withdraw that one pretty quickly when questioned about the details.

Its actually little more than a year since the petition was presented to 10 Downing Street. We had the debate on it in the House of Commons shortly afterwards, and the government found itself facing a back-bench revolt.

Winning the referendum, if and when it comes (we've heard Cameron's guarantee on a referendum before, and that never happened) will be tricky. There are so many stunts and deceptions that can be pulled out of the hat.

'We Demand A Referendum 'will be fielding candidates in all regions in the 2014 European elections..

EU today - Politics, Business & Economy, Culture, Sports & much mor, from the EU & Beyond.

A Brief Encounter.... with Gregg Beaman

Junius: an irreverent look at UKIP and euroscepticism in general